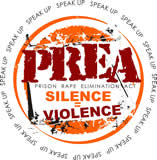 The Prison Rape Elimination Act (PREA) establishes a zero-tolerance standard against sexual assaults and rapes of incarcerated persons. The bill was signed into Public Law 108-79 in September 2003 by President George W. Bush.

The Howard County Sheriff's Department supports the prosecution of persons who commit acts of sexual misconduct within its facility. The Howard County Criminal Justice Center has developed uniform guidelines and procedures to reduce the risk of in-custody sexual assault and sexual activity. The Sheriff's Department is committed to a zero-tolerance standard for sexual misconduct and sexual assault.

You can learn more about PREA at NICIC.ORG or contact Sgt. Justin Christmas for questions.

If you were the victim of, or have any information about a sexual assault that has taken place in the Howard County Criminal Justice Center, we urge you to report the incident by using the email form below. Your anonymity will be protected. Failure to report or come forward with information could result in further victimization.

All reported incidents will be investigated. You will be contacted but you may still remain anonymous.